“I do believe in praising that which deserves to be praised.” – Dean Smith

Carolina Basketball deserves to be praised – and we have a museum to prove it. Last week I visited the Carolina Basketball Museum, located on the first floor of the Ernie Williamson Athletics Center, just adjacent to the Dean Dome.

I will shamelessly admit it – I’m not the biggest sports person. I never have been, and I’ve never really tried to fake being one. It’s not that I dislike sports, I simply just feel that everyone around me feels this obsession that I don’t. It’s aligned with my sentiment towards babies – it’s not that I dislike babies, I would just rather see them from a distance. Given the choice between a baby and a dog, I will always choose the dog.

I digress. My point here is that for not being the biggest “sports person,” I adore UNC basketball. It would almost be historically ignorant of me if I didn’t. The Tar Heels tout five NCAA Tournament Championships, seventeen ACC tournament titles, and 29 ACC regular season titles. The program is home to some of the most lauded characters in the history of the game, most notably Michael Jordan. I could delve further into the team’s extensive achievements, but I’m going to let the museum speak for itself.

We entered the museum to a 4-minute tribute video aimed to get the museum-goers pumped up. Out of courtesy, I didn’t film the video – but you can hear a short clip of it on Carolina Connection’s recent coverage of the UNC Bucket List app. Stephanie Beckett, a reporter for Carolina Connection, accompanied us on the museum visit.

After the video, we headed into the museum. I was surprised to see just how big it was. For such a niche subject, I was expecting it to be slightly smaller, and I was sorely mistaken. The ceilings were high – as I should have expected for a basketball museum, and there was plenty of room to roam around. Here are what I consider to be the highlights to look out for on your visit: 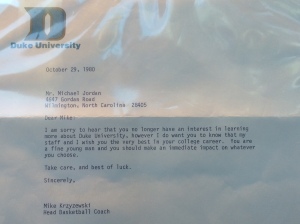 2. Mounted display to Tar Heels who continued their career in the NBA:

5. Michael Jordan’s shoes he wore in the 1982 NCAA Championship-winning game:

7. The shrine to the NCAA Championship trophies. 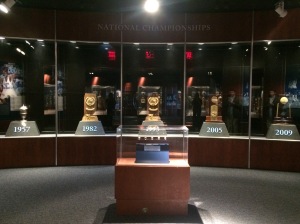 Have I convinced you? Whether you love sports, bling, history, Dean Smith, journalism, Michael Jordan, the NBA, or simply want to know more about your university, I highly encourage you to cross the Carolina Basketball Museum off your UNC Bucket List. The museum is free and open to the general public Monday – Friday from 10:00 am until 4:00 pm and 9:00 am to 1:00 pm on Saturday. 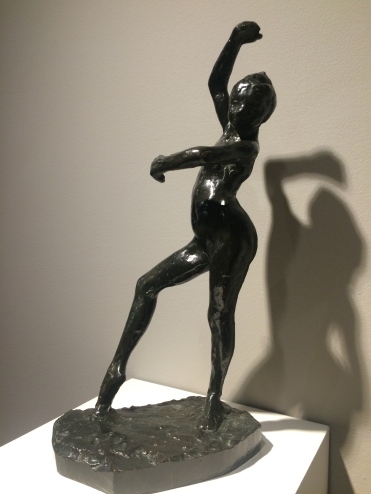 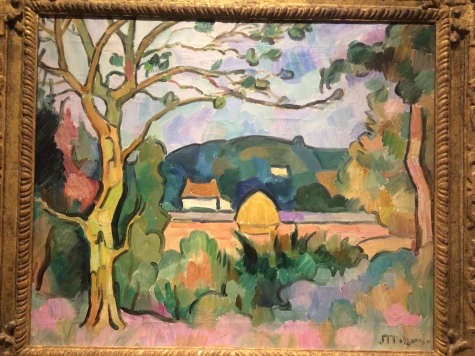 Jacopo del Sellaio, “The Virgin and Child Enthroned with Saints Lucy, Sebastian, John the Baptist, and Catherine of Alexandria”, c. 1490